Originally from Preston, Lancashire, I had big aspirations when I was growing up of becoming the next Blue Peter presenter; showcasing my creative flair on national TV.  However, instead of going down the creative route, I moved to Newcastle to study French and Information Studies at Northumbria University.

On graduating, I put my degree to the test by spending a year in Paris at an IT technical college at L’Université Paris Descartes.  I was very lucky not only to be able to improve my IT skills but to experience the Parisian culture and museums, as well as savouring a bit of the tasty French wine!

I returned to Newcastle and was given the opportunity to work at Mandata which provides transport management software solutions to the road haulage industry. I worked as PA to the MD, putting my organisational skills in play but also using my French to translate the front-end commands of the software.

After 18 months I moved to digital transformation agency TH_NK, working as EA to its young and ambitious founder and CEO, Tarek Nseir, and Chairwoman MT Rainey OBE, one of the advertising industry’s most significant leaders. I quickly felt part of the TH_NK family and realised that being a PA was not only something I really enjoyed, but I was also good at it. The variety of the role keeps me on my toes and preparing to expect the unexpected makes the role even more enjoyable – and apparently my psychic abilities have come on leaps and bounds!

After 8.5 years at TH_NK, the decision to move on wasn’t one which was taken lightly, but once I met Kathleen and saw her passion and vision for The Lighthouse Company, it made the decision a lot easier and I knew I wanted to be part of the Lighthouse team.

Outside of work, my creative streak has returned and I can often be found sitting behind a sewing machine trying my hand at dressmaking or baking up a storm in the kitchen. My biggest passion however, which I have managed to indulge in since moving to London, is going to the theatre.  I’m now known as the go-to person amongst friends, family and colleagues whenever they need a theatre recommendation. 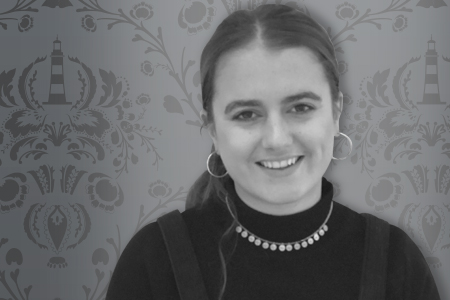